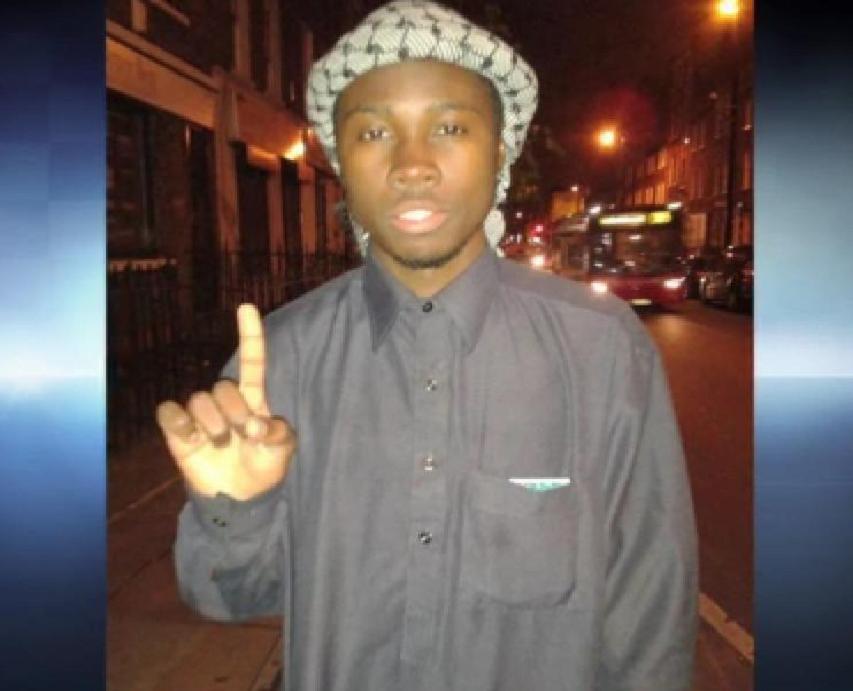 Not quite reaching his 20th birthday, native born Londoner Brusthom Ziamani was sentenced at the Old Bailey to a 22 year prison stretch for conspiring to murder by decapitation either a British soldier or school child currently enrolled in the nation’s Army Cadet Force, the British version of American high school ROTC. As reported by Great Britain’s BBC and also by the Associated Press (via The News Tribune of Tacoma, Washington), both on 20 March, 2015, Brusthom Ziamani, 19-years-old, was found guilty of ‘preparing an act of terrorism’ last month. But today, Judge Timothy Pontius sentenced the would-be killer to spend the next 22 years of his rather short life locked behind bars in one of Her Majesty’s Prisons.

From the formerly seedy but now rather upscale South London neighborhood of Camberwell, the son of Congolese Jehovah’s Witnesses had converted to Islam in the spring of 2014. Not exactly from a poor family, Ziamani’s father was a psychiatric nurse and his mother worked as a nursery nurse.

From the moment of his conversion, it was a rather quick shift to his embrace of a more radical and sanguine version of Islam. When arrested by a joint MI5 and London’s Metropolitan Police Force, the convicted criminal had secreted away in his backpack a foot long butcher knife and a hammer wrapped in the black flag of the ultra-violent Islamic Jihad movement.

During the course of the trial, jurors heard that Ziamani considered Michael Adebolajo – one of the homegrown jihadists who butchered Drummer Lee Rigby of the British Army’s Royal Fusiliers – was a “legend”. The Rigby slaying made international headlines when Adebolajo and a fellow recent convert to Islam ran down Drummer Rigby on the streets of London in broad daylight. While Rigby was down on the pavement and still dazed from being struck by a vehicle, it was then that the two followers of Mohammed produced edged weapons and literally carved Rigby’s head off, much to the shock and horror of passersby.

According to Britain’s Sky News, Prosecutor Annabelle Darlow QC testified to the court that the wannabe jihadist told a security officer he was “on his way to kill a British soldier at an army barracks” when he was initially arrested last summer. Also revealed during the course of the trial was that Ziamani had demanded that his now ex-girlfriend also convert to Islam. With her name withheld from the public due to her being a minor, the young girl testified in court that Ziamani told her he “wanted to die a martyr”. During police questioning, Ziamani confessed the same.

Prosecutor Darlow also presented as evidence various Facebook entries the jihadist made that left little to the imagination. Using his own grammar, the passages were both shown and read out loud to the jury. Posed to social media on May 3, 2014: “Sharia Law on its way on our streets we will implement it its part of our religion we will get Dem kufar soon we r soldiers of Allah TAKBIR.” The Arabic word “Takbir” is the term for the Arabic phrase Allahu Akbar, which has recently become the war cry of Islamic terrorist groups such as the Taliban, al-Qaeda, ISIS and Boko Haram.

Another message, relating to the slaying of Drummer Rigby outside his own London barracks, was posted on Facebook on June 12,  2014, using the Arabic word “kaffar” which is loosely translated to mean “filthy infidel”: “Why are They acting like Lee Rigby’s death was the worst death ever he just got run over and stabbed left right centre I bet if n Englishmen did it they wont say nuffin or make a big deal over it but two muslim brothers run over dis kaffar n now makin a big deal.”

Also presented as evidence was a handwritten letter, apparently to his parents, stating he was about to do “Jihad holy fighting in Allah’s cause”. The same letter went on, “Now we will take a thousand ov yours then ten thousands and send you all to the hell-fire you want war you got it British soldiers heads will be removed and burend u cannot deafet the muslims.”