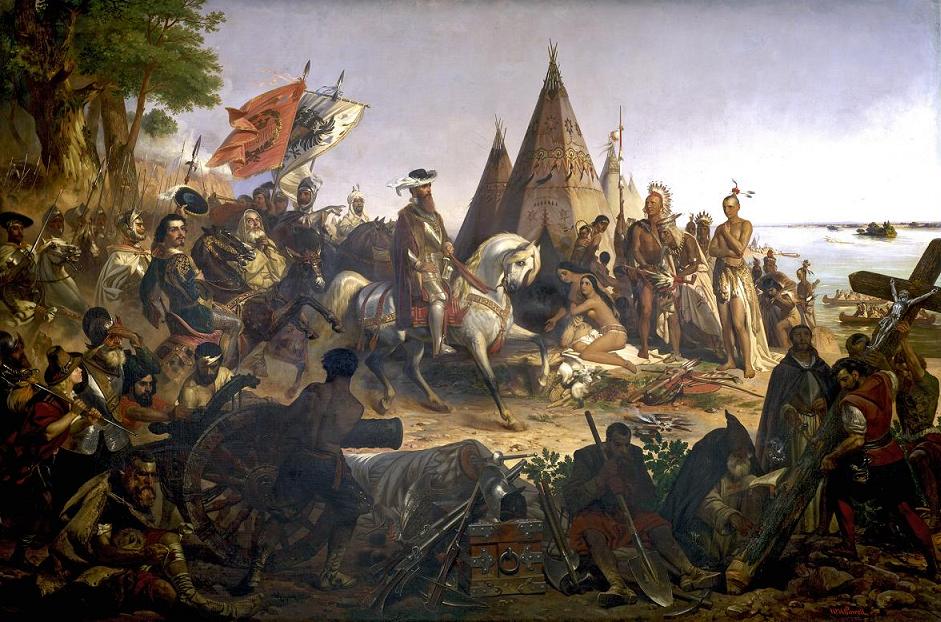 If you want to pass any given university’s history or sociology course, just blame everything on evil white European Christian males. And I mean everything.

Speaking of evil white European Christian males, Alex Trebeck may give the answer as “This Italian not only has the capital cities of Ohio and South Carolina named after him, but also that of an entire South American nation.”

Although correctly referred to by his Genoese brethren as Cristoforo Colombo, Their Most Catholic Majesties Ferdinand and Ysabella and the rest of the Spanish Empire called him Cristóbal Colón.

Revisionist historians that inhabit the ivory towers of American academia usually spit on the ground before saying his hated name – Christopher Columbus. 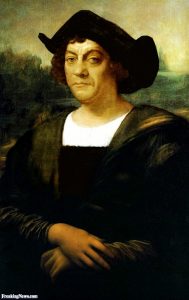 Despite the myth that Europeans committed genocide against the American Indians, there are more Indians alive today than when Columbus first stepped foot on San Salvador island over 500 years ago. That not much of a genocide.

Sadly, there were wars, battles and massacres between the Europeans and the Aboriginal Native Tribes.

From the Métis to the Kawésqar – from the Portuguese to the Russians, an awful lot of blood has been spilled. Englishmen killed Cherokees, Susquehannocks killed Dutchmen.

Not really much different from the wars between the Germans and the Poles, or when the Pawnee almost rubbed-out every Sioux in present-day Nebraska.

And that leads to the false narrative that the native people from the North Slope of Alaska to the southernmost tip of Tierra del Fuego all lived some sort of pastoral lives only found in fairy tales and coloring books.

How well known are the Chalcos or Rucanas Indians? Not very … know why? Because they were almost “ethically cleansed” from the face of the Earth by the warring Aztecs and the Incans, respectively. Those are just two examples of American Indians slaughtering other American Indians wholesale way before evil white European Christian males ever blew into town.

No matter how badly liberal revisionists desire to wish reality away to the cornfield, the fact-of-the-matter is that human beings quite often wage war on other human beings. And in the course of human affairs, one side wins while the other side loses.

You can usually tell who the winners are because they have more live people, whereas the losers have more dead. Yes, it really is that simple.

Speaking of live and dead people, it was those horrid evil white European Christians who forced more than a few tribes from that rather nasty habit of eating the members of other tribes.

The Aztecs, Karankawas, Caribs, Iroquois, and Yamassees were just a few that enjoyed nothing more than a succulent fricassée of 11-year-old girl around the ol’ campfire.

Not many American universities even mention that many of “the civilized” tribes usually sold human flesh in the marketplace. Just like how many European tribes did before the advent of Christianity.

So one may refer to the eventual dominance of European civilization in the Americas as Social Darwinism, or you can call it gee-I’m-sorry-we-developed-antibodies-to-smallpox-and-you-didn’t, one other thing revisionists also hate to admit – the Indians may be the original Americans, but they were immigrants, too.

So possibly instead of vilifying a long dead Italian sea captain, we as a people can better move towards the future by looking ahead instead of constantly over our shoulder and wagging fingers.

One thought on “In Defense of White European Christian Males”