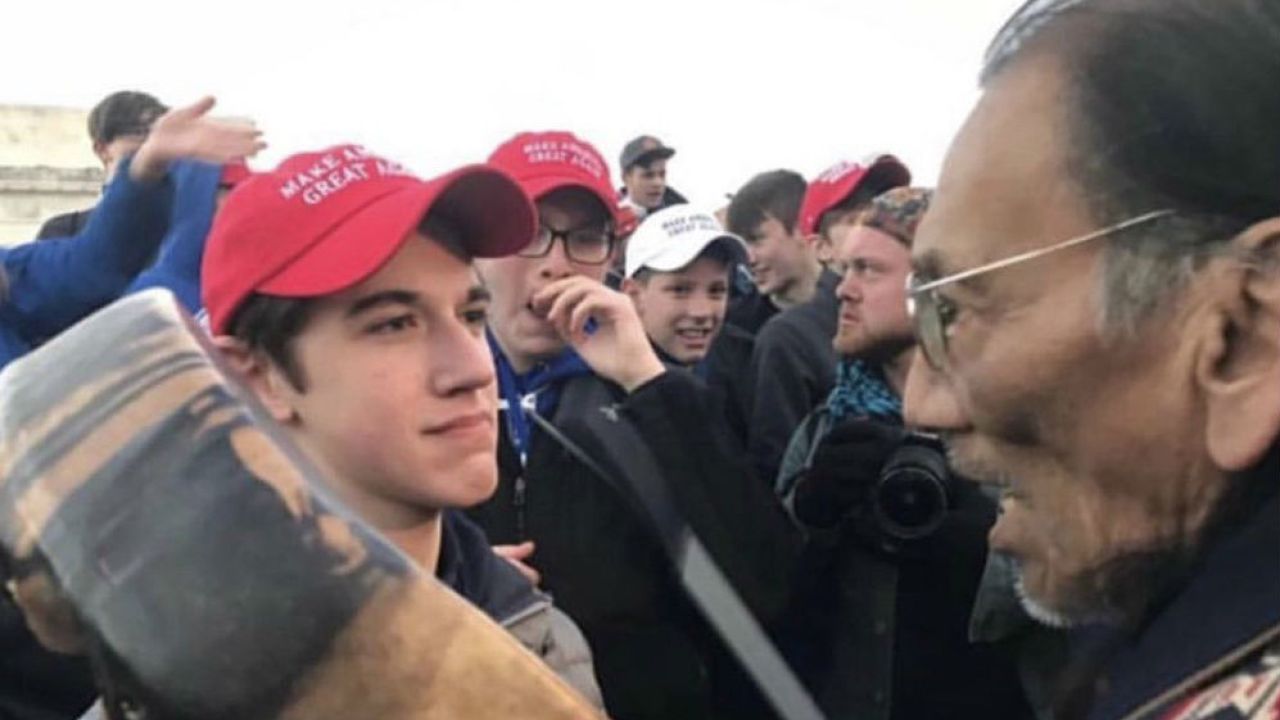 “I am now standing up for these wrongfully accused young men and all of you!” – MP Dominik Tarczyński.

It’s bad enough that the Democrat Party’s Ministry of Propaganda (aka: “the media”) has jumped the gun with their gang-piling on the boys from Covington (KY) Catholic High School, even their own bishop has OFFICIALLY condemned them for a crime that never happened.

As the official diocesan website clearly states, “We condemn the actions of the Covington Catholic High School students towards Nathan Phillips specifically, and Native Americans in general, Jan. 18, after the March for Life, in Washington, D.C. We extend our deepest apologies to Mr. Phillips. This behavior is opposed to the Church’s teachings on the dignity and respect of the human person. The matter is being investigated and we will take appropriate action, up to and including expulsion.”

Anyhow, in spite of their own gutless “shepherd” threatening them with expulsion, there are at least a few people in prominent places who realize these boys are unjustly being persecuted.

One of those very few people would be none other than Polish MP Dominik Tarczyński.

As reported by the Daily Wire;

A member of the Polish Parliament for the governing Law and Justice Party, Dominik Tarczyński, reacted to the incident involving the Catholic students from Covington Catholic High School and a Native American former Marine, Nathan Phillips, at the Lincoln Memorial on Friday by inviting the students to speak to the Polish Parliament.

Dominik Tarczyński tweeted, “Dear Covington Catholic students, I’d like to invite You to the Polish Parliament. After watching this video, I am now standing up for these wrongfully accused young men and all of you! You are very welcome to come and speak out what you believe in!”

I’d like to invite You to the Polish Parliament

After watching this video, I Am now standing up for these wrongfully accused young men and all of You!

You are very welcome to come and speak out what You believe in!
🇵🇱🇺🇸🤝#StandWithCovington

MP Tarczyński defends Poland and the Polish people against the rising tide of Eurabia.

As far as Nathan Phillips being a Vietnam veteran and a two-tour member of something called “Recon Rangers,” Random Navy Guy pretty much puts more holes in Phillips’ fable than Swiss Cheese;

#NathanPhillips Claims to have been a “Recon Ranger” in Vietnam. https://t.co/6wmcPveB5i As a servicemember, let’s break this down: There is no such thing as a “Recon Ranger”. Closest is the 75th Ranger Regiment Reconnaissance Company, established 1984. Way after ‘Nam. [1/11]

I wonder of Bishop Foys 30 pieces of silver satiated his greed and cowardice.