It’s been almost a half a century since America stopped drafting poor and middle class males. Fortunately for the nation, in the 70s, 80s and 90s there were enough young men available to fill the ranks of America’s newly resurrected all-volunteer Armed Forces.

But that was then. This is now.

Not only is America getting older, but the military has tightened up on who exactly can join. Gone are the days of the judge telling a youthful offender; “one year in prison or four years

in the Marines.” And yes, I went to Boot Camp with more than a few East LA Chollos that fell into that category. And damn good Marines they were, indeed.

To make matters worse, all branches of the military (except one) have raised the maximum age for enlisting: 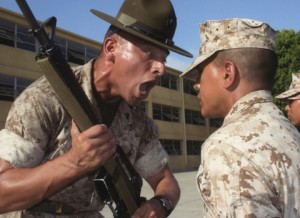 To begin with, for every 10 warm human bodies that just so happen to saunter into a recruiter’s office, only two even meet the bare minimum to join. Know why most American youth don’t qualify? Three simple words:

Then we come to the feminized sons of Helicopter Parents who spent their formidable years ensconced in unicorn fart-filled bubble wrap instead of playing pick-up football games; sneaking off to eyeball at the same weather-beaten copy of Playboy stashed in the woods that his big brother found there 7 years earlier; and yes, even getting into the occasional fist fight.

For the most part, American males of military age seem to think the world owes them something, weep over all the cultural appropriation caused by Taco Bell and Moe’s Southwest Grill, and let’s not forget going $100,000 in debt majoring in Conversational Navajo. 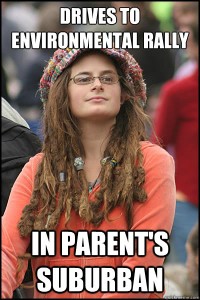 So here’s my painfully simple solution – bring back National Service.

Notice I didn’t say “bring back the draft”? I honestly believe the all volunteer military will continue to succeed, but I think there should be two major changes.

First of all, for those that have no desire to serve in the Armed Forces, not a problem. We can just institute a National Service Corps. Instead of a minimum 3-years active duty or 6-years as a reservist, the flower of American youth could instead volunteer for the same amount of time in the NSC. Of course, at half the pay of those under arms.

I’m sure a few hundred thousand young ‘uns digging fire breaks for the National Forestry Service or emptying bedpans at the local Veterans Administration would not only be much appreciated, but also much more fruitful an endeavor than smoking doobies rolled in $100 bills and embracing the practical application of being a professional pussy.

No federal employment or contracts, either.  Hey, if one wants to divorce themselves from contact with the feds, this is a wonderful first step.

Face it, if the country doesn’t force our 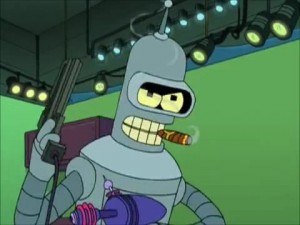 mentally castrated gynic she-males to nut up, in the words of Bender Bending Rodríguez, we’re boned.

Before you know it, members of the fairer sex just may have to fill the military ranks due to all the Trustifarians constant bitching and moaning over their pissy First World problems.