Without fail, within five minutes of reading or viewing any of the Establishment Media outlets, you’ll be told that the words “nationalist,” alt-right” or “populist” are somehow on the same level as 40-grit toilet paper or the upside of necrophilia.

Needless to say, this is just another example of the MSM strong-arming us to accepting their definitions.

Rest assured, not only will I not break… I refuse to bend, even a little. So while the likes of the New York Times, CNN, etc, do their best to be the Language Gestapo, let’s break-down what these words really mean.

Nationalism – According to the Merriam-Webster dictionary: loyalty and devotion to a nation; especially : a sense of national consciousness exalting one nation above all others and placing primary emphasis on promotion of its culture and interests as opposed to those of other nations.

Sounds to me like good old-fashioned patriotism, political correctness be damned.

Alt-Right – There is no textbook definition for this word, but know this has nothing to do with Skinheads, the KKK, Nazis or eugenics. After all, the Democrats have cornered the market on eugenics, and when it comes to squashing free speech they certainly give Skinheads, the KKK, and Nazis a run for their money.

In its original meaning, alt-right is synonymous with independent conservative or conservatarian.

Personally speaking, alt-righters like me stand against RINOs, The Deep State, and The Swamp. Just like how my president stands against them.

To make things even weirder regarding the anti-Le Pen voices, she’s only slated to speak for a whopping 10 minutes.

As it turns out, Le Pen just so happens to be one of the leading figures of the highly patriotic French political party National Front, the mainstream (aka: Leftist) media views this particular party through the lens of definitely anti-globalist.

To paraphrase from our president: Make France Great Again.

One of the more liberal publications, Newsweek, is a prime example of both the Le Pen-haters as well as those none-too chummy with the National Front.

As the magazine that’s now as thin as a doctor’s office waiting room pamphlet, Newsweek uses such colorful descriptive phrases such as “far-right” and “anti-Islamic and anti-immigrant”, well… you get the picture.

While the comely Le Pen is surely use to Leftie media body slamming her and her party, she may not be use to alleged conservatives dogpiling against her.

As Breitbart London is reporting;

American Conservative Union Chairman Matt Schlapp was slammed by establishment figures Monday evening after the announcement that Ms. Le Pen would be giving a brief speech at CPAC on Thursday morning.

Schlapp defended the invitation against several media personalities like never-Trumper and senior editor of National Review Jonah Goldberg who accused Ms. Le Pen of being a “statist”.

And that’s where the Le Pen-haters really got weird.

Marion Le Pen is not a conservative, she is a national. socialist. A French national socialist.

There is NOTHING Conservative about her. @mschlapp

While the patriotic sounding Reagan Battalion accused Le Pen of wanting to tax and spend along the lines of Bernie Sanders and Elizabeth Warren, Breitbart sets the record straight;

Ms. Le Pen endorsed the tax plan of her aunt last year during the presidential campaign. That plan sought to lower income taxes by 10 per cent in the first three tax brackets and wanted to reinstate a tax exemption for overtime work that was repealed in 2012.

And the Reagan Battalion also has some highly questionable roots. As cited by The Daily Dot, the group backed the Never Trumper presidential candidate Evan McMullin;

A quick run back through the group’s posting history reveals that it backed Evan McMullin for president during last year’s election.

McMullin was a former CIA operations officer turned investment banker who ran as an independent presidential candidate in the 2016 election. He was an opponent of President Donald Trump, a voice in what became known as the #NeverTrump movement—a trend, rather than a cohesive or clearly organized initiative.

An archived donation page, which appears to be exactly the same as a hidden donation page on the current Reagan Battalion website, suggests that the site was managed and paid for by an official PAC registered with the FEC under Stop Trump PAC.

Then we come to another tweet shot out by Josh Billinson, “the editor of the Independent Journal Review, which was founded by the former digital director of the National Republican Senatorial Committee Alex Skatell…” 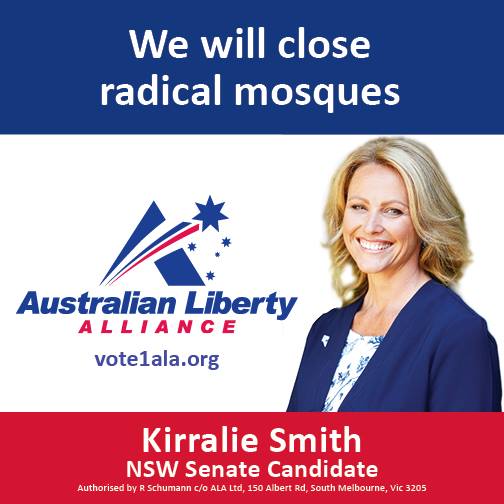 Americans have a natural affinity towards Australians. After all, not only have Yanks and Ozzies fought shoulder-to-shoulder in seven different conflicts, but many on both sides of the Pacific would agree that both nationalities share the trait that Ronald Reagan referred to as “rugged individualism,” also defined as “I don’t need the government to protect me from me.” END_OF_DOCUMENT_TOKEN_TO_BE_REPLACED

The Southern Fried Socialism your teachers never told you about.

As any white liberal Northerner will tell you, just forget that the pre-1970 Democratic Party was actually the party of the KKK, water cannons and attack dogs. The same white liberal Northerner will ensure that everyone in earshot understands that those evil white Democrat Southerners back then did nothing more than to make an easy switch to the GOP when the Jackass Party moved hard left almost half a century ago. END_OF_DOCUMENT_TOKEN_TO_BE_REPLACED