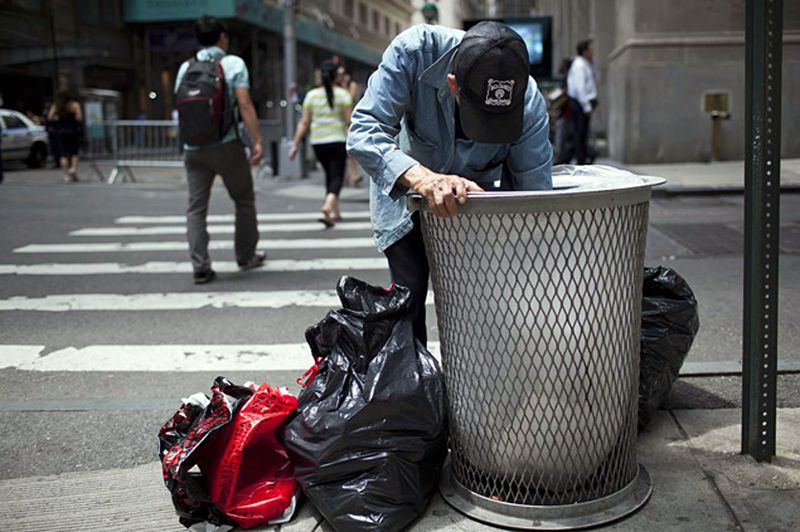 There was a time when New York City was not only a good place to live, Metropolis was also quite the tourist Mecca.

Sadly for the once proud city, Marxist thugs, looters, junkies, squatters… the entire gamut from arse-wipes to zombie hordes have turned the Big Apple rotten.

Yet no matter how bad things got, the uber-rich on the Upper East Side of Manhattan, and the hipsters of Brooklyn’s Williamsburg, they could always retreat to their relatively safe residences. But that was then, this is now.

City hall is requesting that the citizenry turn off their air-conditioners due to the threat of rolling blackouts. Did I mention that NYC is experiencing record heat waves? In certain parts of the city, the temp reached a roasting 104° in the shade.

Surprising no one, the Lefticrat regime that’s ruled NYC with an iron fist is still led by Comrade Bill de Blasio. Remember him? He’s the guy that honeymooned in communist Cuba… and arguably is allowing NYC to turn into a Third World dung heap.

Anyhow, de Blasio’s Emergency Management Commissioner John Scrivani is warning that unless city residents start cutting off their A/Cs, they run the risk of “significant outages” as reported by Newsweek.

New York City residents were asked on Wednesday to limit their electricity usage to avoid power outages during the blistering heat wave.

“We’re now experiencing a heat emergency, and we need people to take immediate action,” Mayor Bill de Blasio said. “Our electric system is dealing with real strains right now because of the severity of heat that we are experiencing today.”

De Blasio continued, “We have a real challenge on our hands. So here’s the message to all New Yorkers: immediately reduce the use of electricity in your home or in your business. This is very serious stuff.

Remember the old days when this sort of thing only happened in Paraguay, Somalia, Moldova and India?

Well, New Yorkers… you wanted a taste of socialism? Here ya go. Drink it in deep.