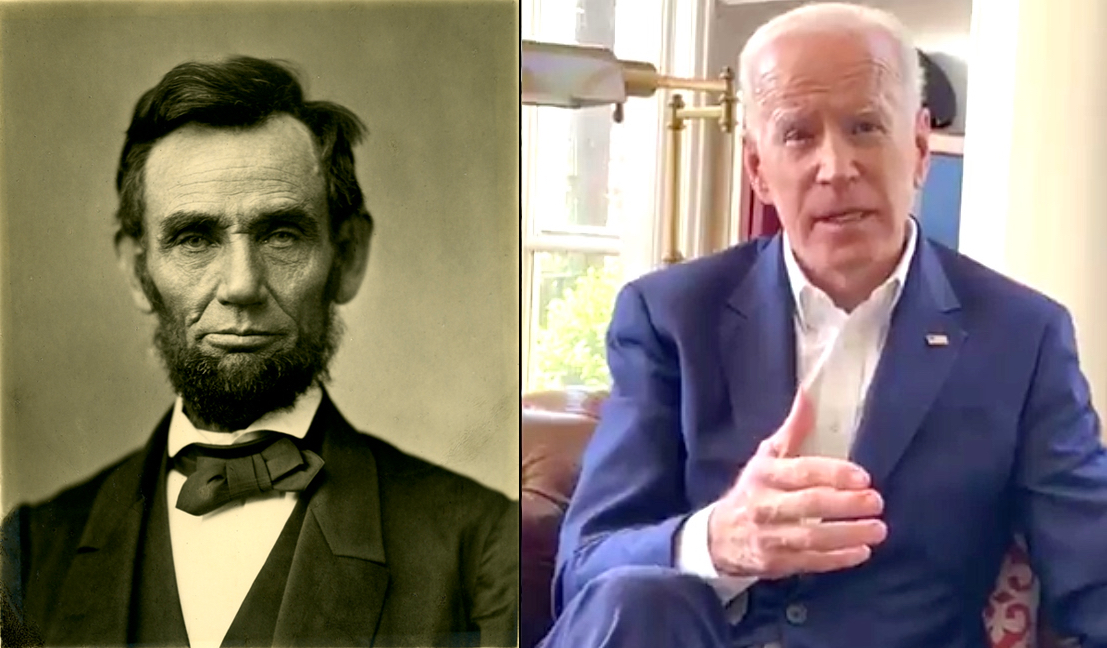 Not since the complete and total ignoring of Chief Justice Roger B. Taney’s 1861 Ex parte Merryman by President Abraham Lincoln has an American Chief Executive been so flagrant in dismissing a Supreme Court ruling as Joe Biden.

Just a bit of background; with the outbreak of open warfare during the War Between the States, Lincoln took it upon himself to suspend habeas corpus (the legal procedure that prevents the government from holding an individual indefinitely without showing cause) throughout the entire state of Maryland, as noted by the good folks at History.com.

Keep in mind that there was a certain degree of secessionism in the state. Nonetheless, the Maryland legislature by a 53-13 vote decided to stay with the Union.

Ostensibly, the vote in the state house didn’t make all that much of an impact on Lincoln.

Interestingly enough, even the hyper-liberal Baltimore Sun noted of those Maryland officials illegally arrested and illegally imprisoned at the birthplace of the National Anthem, Fort McHenry;

With that all aside, Biden certainly seems to be following in Lincoln’s footsteps.

On 24 Aug, 2021, the SCOTUS effectively ruled against Biden when they refused to hear the case already ruled upon by US District Judge Matthew Kacsmaryk in Amarillo, TX, ordered “a nationwide injunction Aug. 13 ordering that the “Remain in Mexico” program — officially known as the Migrant Protection Protocols (MPP) program — be reinstated effective Aug. 21” as reported by the New York Post.

But before hitting the SCOTUS, the NYP also notes that the Biden appeal was also shot down by the Fifth Circuit Court of Appeals on Aug. 19, 2021.

With Judge Kacsmaryk’s order being the last legal word on the matter on MPP, the NYP cited that Hizzhonor plainly stated in his initial overturning of the Biden directive (emphasis mine);

In his initial ruling, Kacsmaryk, a Trump appointee, stated that the administration had violated the Administrative Procedure Act of 1946, which spells out certain steps federal agencies must take when implementing policy. Specifically, he found that Mayorkas “failed to consider several of the main benefits” of the policy, including that it “reduc[ed] the number of aliens DHS would have to detain by returning certain aliens to Mexico.”

The judge ordered the Biden administration to make a “good faith” effort to restart the program and enforce it until and had been lawfully rescinded and immigration officials had enough space to hold all detained illegal immigrants.

One would think that the Executive Branch would take serious a decision from the Judicial Branch.

Well… one would think.

In a separate article from the New York Post dated 6 Sept. 2021;

Some White House officials reportedly viewed the Supreme Court ruling last week upholding the Trump-era Remain in Mexico policy as a chance to slow the pace of President Biden’s immigration changes that they feared were sparking the crisis at the border.

Many of them, according to the New York Times, had already been thinking about rebooting former President Donald Trump’s policy in a narrow way to stem the tide of migrants.

What!!?? “Some” of Team Biden have only “reportedly viewed” the SCOTUS ruling?

Fast forward to present day, it’s been nearly a full month. Illegal aliens are still pouring into this country.

The number of migrants — many of them Haitian — assembled in the temporary site swelled from roughly 400 a week ago. At times, the number has topped 14,000.

While I may not be a math whiz, from 14-20 September, 13,600 more have crossed illegally into the United States.

Didn’t Judge Kacsmaryk rule that the Biden Administration make a “good faith” effort to restart the program and enforce it?

Just my personal opinion, but it sure does look like America has quickly devolved in an Imperial Presidency.