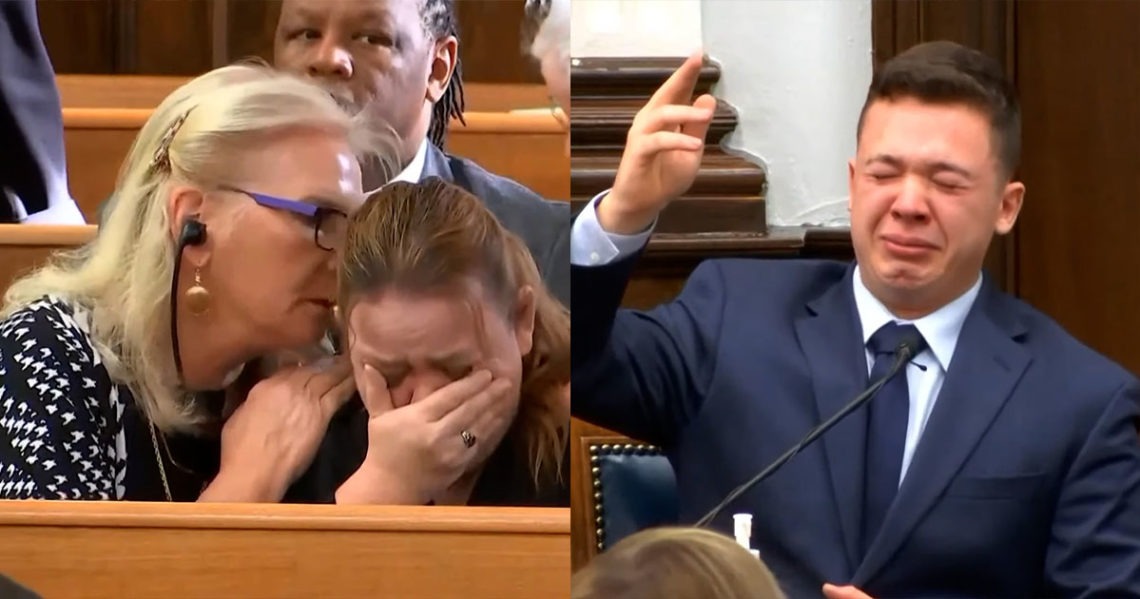 Kyle Rittenhouse’s mother being consoled while her son is on the stand.

To me, it was plainly obvious that young Kyle Rittenhouse had no intention to purposefully hurt anyone when the Kenosha Riots happened during the summer of 2020.

When asked to state to the sequence of event that led to him shooting Joseph Rosenbaum, the video below shows this response.

I’ll be honest… I feel for this kid. I also find it interesting that it’s Kyle Rittenhouse who’s on trial.

Wasn’t it Gaige Grosskreutz who admitted on the stand that he was illegally carrying a Glock pistol and pointed it directly at Rittenhouse?

But it’s Grosskreutz who’s been walking the streets freely, while Rittenhouse languished in jail for defending himself from the blatant threats of death or serious bodily harm.

Where in the hell is the justice in that?