There are pathetic excuses for human beings… then their are the likes of the social media director for the Democratic Party of DuPage County, Illinois, Mary Lemanski.

In a now deleted Twitter account, Lemanski made is quite clear that the victims of Darrell Brooks somehow deserved to be killed or injured.

As if the message of this miserable excuse for a human being isn’t bad enough, Lemanski also brags of her supposed deal with Lucifer.

As reported by Yaron Steinbuch of the New York Post;

An Illinois Democrat has been blasted for describing the deadly Christmas parade rampage in Wisconsin as “karma” for the acquittal of Kyle Rittenhouse.

Mary Lemanski, who is listed as the social media director for the Democratic Party in DuPage County, began her heartless online tirade by snarkily dismissing the tragedy as “just self-defense.”

“It was probably just self-defense,” Lemanski wrote in a tweet that appears to have since been deleted, according to Fox News.

“Living in Wisconsin, he probably felt threatened,” another tweet, which was still online Monday morning, read — referring to the driver being held as a person of interest in the Waukesha incident, which left five people dead and dozens hurt.

“I’m sure he didn’t want to hurt anyone. He came to help people,” she added in her sarcasm-laced missive.

emanski, who also lists herself as an acting student with the famed Second City improvisational comedy group in Chicago, also wrote that the Christmas parade rampage was “karma” in another tweet that appears to have since been deleted.

“I’m sad anytime anyone dies. I just believe in Karma and this came around quick on the citizens of Wisconsin,” Lemanski wrote, according to Fox News.

“You reap what you sow. It’s sad people died, but when you open the door to vigilante justice, everyone seems threatening,” she then added in a tweet that was still online Monday morning.

On Monday morning, Lemanski said in a tweet: “I’m going to Hell because I already made a deal with the Devil that nobody else on Earth will go to Hell if I go. So, you’re welcome.” 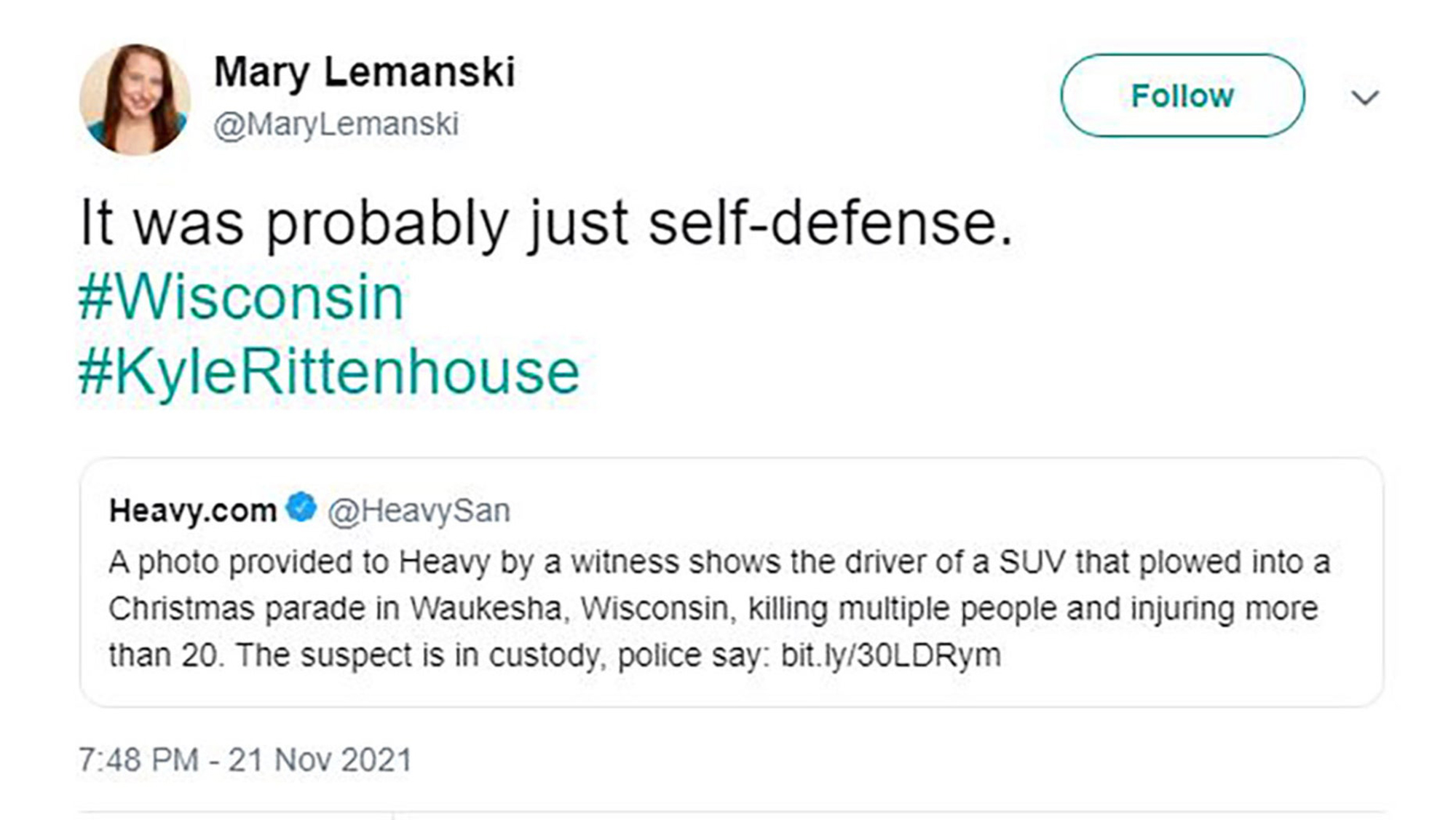